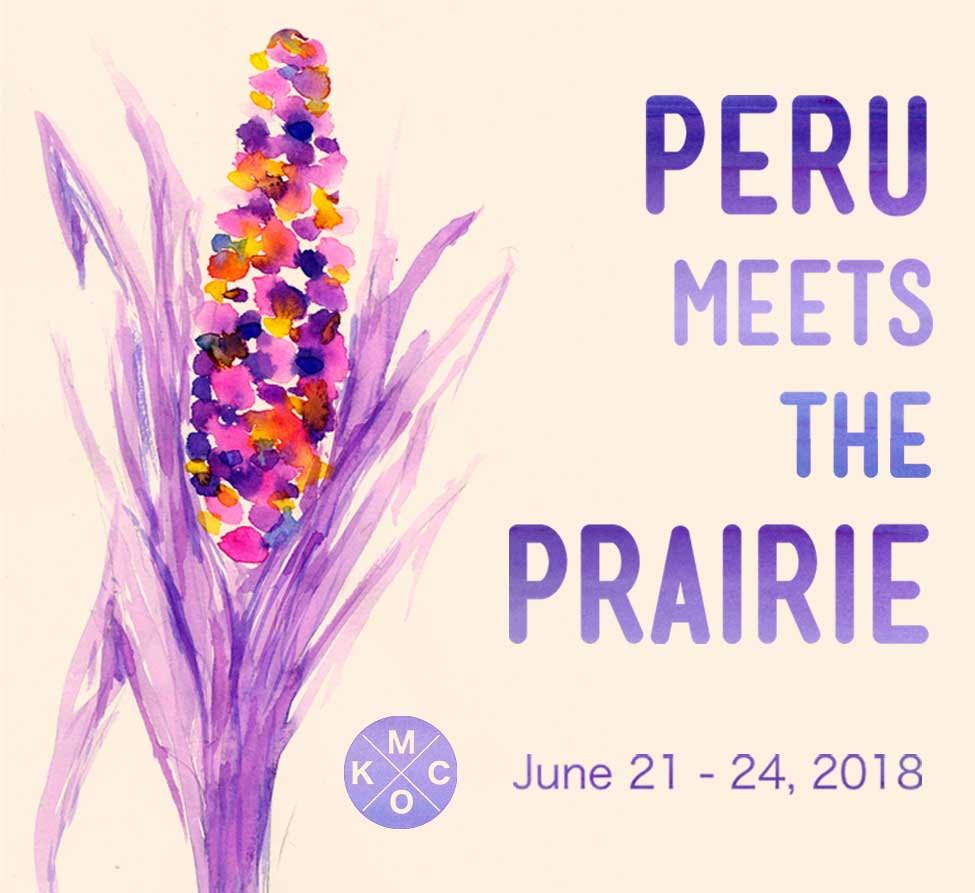 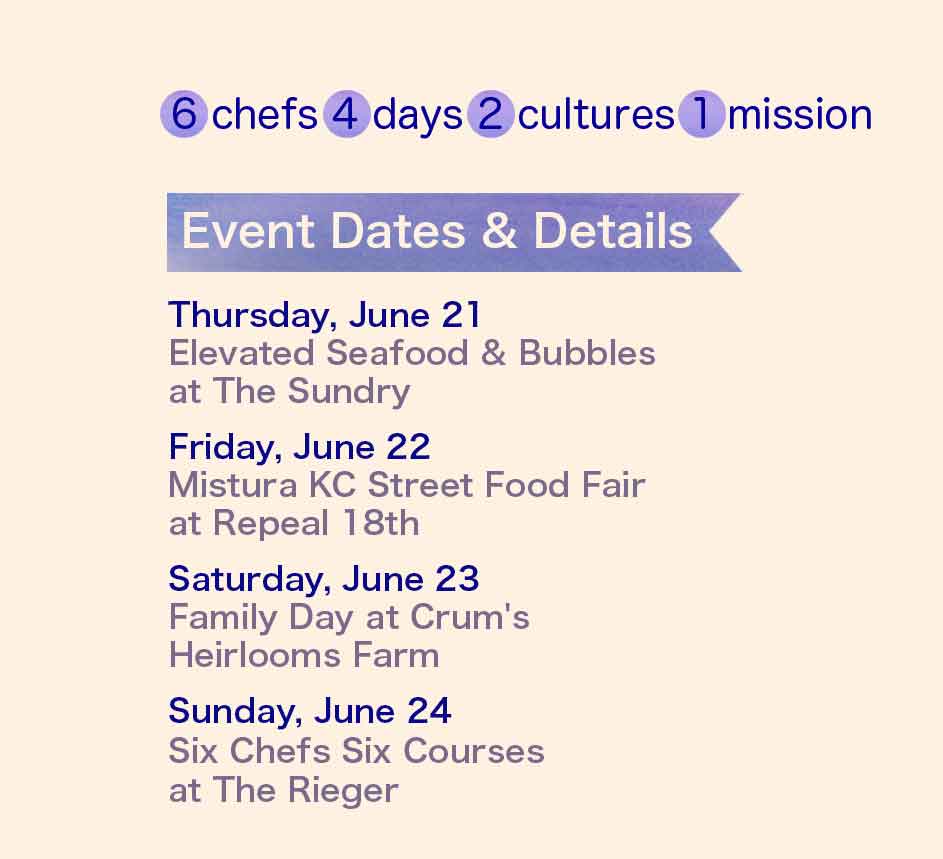 Culture Xplorers’ founder and Off the Table series host Jim Kane is partnering with leading chefs from Peru and Kansas City to connect, celebrate and leverage the power of food to change lives.

In addition to a delicious exploration of the ingredients, traditions, and food-ways from Peru and in the heart of America, a meaningful difference will be made for close to 100 families living in a high mountain Andean community.

Each chef is donating their time, skill & creativity to raise $10,000 for the life-changing programs of Por Eso, a Peruvian NGO combating malnutrition through vegetable gardens, greenhouses, clean water and cookstoves in remote, high altitude Andean villages. 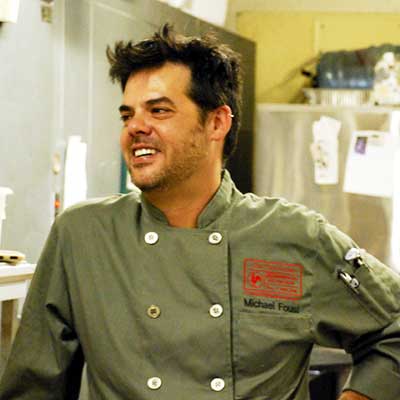 Michael Foust is the owner and executive chef of The Farmhouse in the River Market area of Kansas City. After starting out in the Western Culinary school of Portland, Oregon Michael traveled to Lyon and Barcelona to continue his culinary education in Europe. He returned to the United States, cooking from coast to coast in restaurants including the Union Square Café of New York, L’Auberge of Portland, the Aspen Club of Aspen, and Kenichi Pacific in Kona, Hawaii. In 2009, Michael opened The Farmhouse, which focuses on fresh local ingredients in a farm-to- table setting. 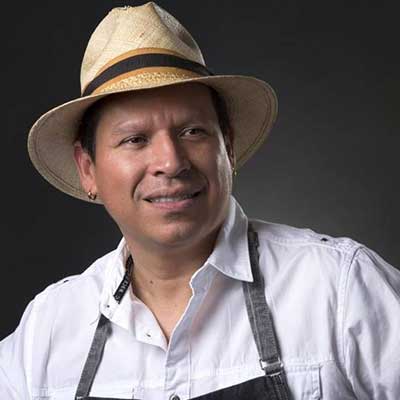 Carlos Falcon is chef-owner of Jarocho Mexican seafood restaurants in Kansas City. Growing up 300 feet from the ocean in Veracruz, Mexico, Falcon has always had a love and passion for seafood.  Helping his mother cook and sell food on the streets of Mexico since he was six years old led to culinary school in New York where he honed his knowledge and skills. In 2014, Falcon decided to open a Mexican seafood restaurant in Kansas City, KS where he brought the flavors from his hometown.

He sources his seafood from all over the world and uses Mexican and Asian ingredients and techniques to give vibrancy to his dishes. Falcon opened a second location, Jarocho South, in South Kansas City, MO in May of 2017. 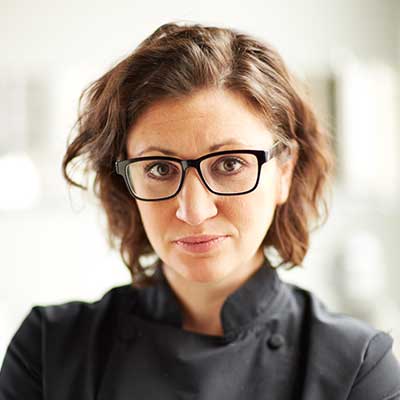 After graduating from the University of Kansas, Chef Remy Ayesh lived in Spain to complete her degree in Spanish where she ended up falling in love with food. She lived in NYC to attend the French Culinary Institute and then went on to work at The Little Nell in Aspen, Spiaggia, Graham Elliot, Rootstock, Pops for Champagne in Chicago, and back in NYC teaching culinary school at FCI.  Now back in Kansas City, Chef Remy is thrilled and honored to be the Executive Chef of Repeal 18th.

In Chicago, Ayesh was recognized by Timeout, Chicago Magazine, Chicago Reader, Culture Magazine, Beer Advocate, Go, Wine Enthusiast, even Fodor’s and won a top tastemaker in 2012 alongside famed chef Rick Bayless. She competed on the Food Network’s Chopped, has been featured in Chef Magazine, KU’s Jayplay, and Mandarin Quarterly featured her on the cover in 2016. Chef Ayesh is also a published writer with articles in both Vice and Esquire. 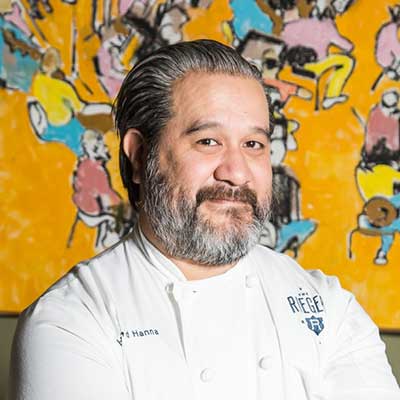 Hanna realized a lifelong dream in 2010. He opened The Rieger as a Chef-Owner together with Partner Ryan Maybee. Situated in Kansas City’s Crossroads district, The Rieger is a beloved restaurant that embodies the best of today’s Midwestern cuisine, offering inspired dishes and hand-crafted cocktails informed by world experience, but crafted from local ingredients.

Chef Howard Hanna has always believed that the best cuisine comes from the heartland. A Midwest native, Hanna started working in restaurants as a high school student in Manhattan, KS. He opened Coco Bolos in Kansas City in 1998, rising from sous chef to chef, an experience which launched a lifelong passion for food. In 2001, he graduated first in his class from the Culinary Institute of America, and gained invaluable experience working with Larry Forgione, a pioneer in American regional and sustainable cooking. A stage with Italian-born chef Giovanni Scappin taught him to respect the simple and beautiful art of pasta and risotto-making, and an immersion at Union Square Café deepened his understanding of hospitality under the country’s leading restaurateur, Danny Meyer. Hanna’s quest for food and wine knowledge led him to travel extensively through California, Italy and France, working in some of the world’s most acclaimed restaurants as well as local taquerias, trattorias, and bistros. He worked at Louis Jadot winery and Michelin-starred Hostellerie de Levernois in Burgundy, and at Michelin three-star Hostellerie de Levernois in Burgundy.

Hanna returned to Kansas City in 2003, and joined the cohort of chefs reshaping the historic culinary scene into a vibrant food destination. He joined Chefs Debbie Gold and James Beard-award winner Michael Smith of 40 Sardines, then helped to open Room 39, as chef de cuisine under Ted Habiger (formerly of Union Square Café). In 2007, Howard was appointed Executive Chef of the River Club, a landmark restaurant which allowed him to solidify partnerships with the rising stars of the local food movement from Green Dirt Farm to Crum’s Heirlooms, Test Kitchen, Chef’s Classic and Cochon 555. He continues to be a tireless advocate for local farmers and growers, often hosting acclaimed chefs and organizations such as Slow Food and James Beard in their discovery of the region.

Hanna realized a lifelong dream in 2010. He opened The Rieger as a Chef-Owner together with Partner Ryan Maybee. Situated in Kansas City’s Crossroads district, The Rieger is a beloved restaurant that embodies the best of today’s Midwestern cuisine, offering inspired dishes and hand-crafted cocktails informed by world experience, but crafted from local ingredients. Hanna’s second restaurant concept, Ça Va Champagne Bar, launched in 2014. Another first for Kansas City, Ça Va offers dozens of sparkling wines by-the-glass (including rare grower Champagnes) paired with Hanna’s take on bistro fare in an ultra-chic setting. 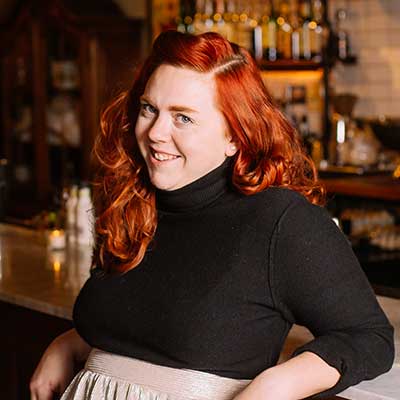 A Kansas City native, Caitlin Corcoran has dedicated her career to some of the world’s most singular flavors: coffee, agave and Champagne. Her dedication to creating “the best agave bar program in the Midwest” while at Port Fonda was recognized by Food & Wine Magazine and in 2014 by the foremost bartenders in the country as Corcoran’s cocktail spin on Mexican street corn won her The Paris of the Plains Bartending Competition.

In 2014 she took on another challenge, this time in the world of fine wine and bubbly. Corcoran was named general manager of newly opened Ça Va, Kansas City’s first and only Champagne bar, named one of the nation’s top wine bars by Wine Enthusiast.

A lifelong learner and teacher, Corcoran recently acquired her sommelier certification through the Court of Master Sommeliers. She also has applied her collective experience to launching wine & hospitality classes at Ça Va, Gang of Pour is now in its fourth season. Fittingly, she resides in the City Market area and has become an enthusiastic advocate for Kansas City’s dynamic food and drink culture. 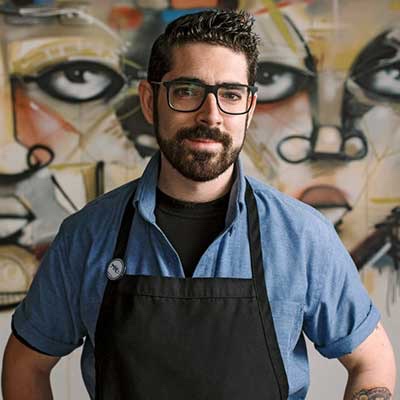 John Evans is the owner and chef of Barra Lima, a mold-breaking cevichería that offers a fresh perspective on Peruvian comfort food. John’s passion for endemic ingredients that express Perú’s landscapes and ecosystems fuels his and his team’s urban foraging excursions and an increased use of lesser known, more sustainable product from Perú’s oceans. With this ethos, Barra Lima is one of the restaurants that educates as it nourishes, building a growing awareness amongst consumers for a more sustainable and connected food system. 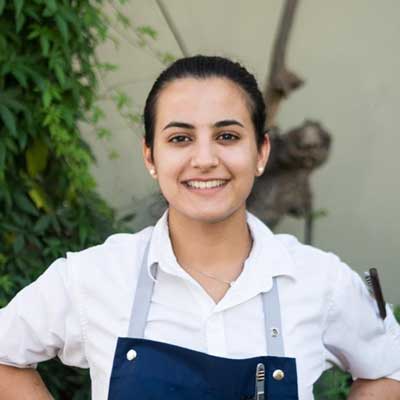 Camila Chavez earned her culinary degree at the Institut Paul Bocuse in Lyon, France. She now works at Central in Lima after some stages in France and China.

While Camila is Peruvian, she has lived nearly her whole life abroad. She wanted to return to Peru to work in Central and with Mater Iniciativa so that she could get to better understand her own culture and more specifically, Peruvian cuisine.

After two years back in Peru, one of the most biodiverse countries on earth, Camila continues to learn about the many endemic ingredients, some of them forgotten, that are used with renewed respect and appreciation in the kitchen of Central.

Jim Kane is a change agent working at the intersection of food, adventure and social impact. He’s been an ambassador for transformative travel for two decades. Jim founded the award-winning boutique travel design firm Culture Xplorers and is the creator and host of Off the Table, a digital series that uses food as a lens to actively explore, engage and connect with people, nature and living traditions around the globe. 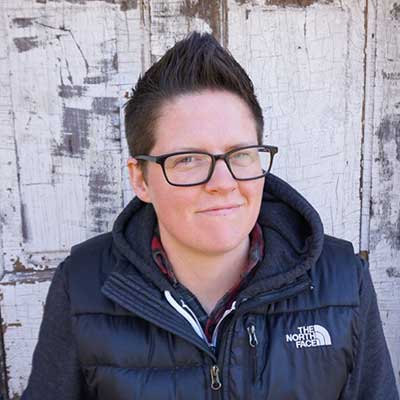 Ami has worked in Kansas City’s urban agriculture community since 2010, initially coordinating communications and outreach for Cultivate Kansas City, followed by a variety of roles with Four Season Tools, City Bitty Farm, Green Thumb Gardens, and The Kansas City Food Hub. In her free time, you will likely find Ami with her hands in the dirt at Longfellow Farm, a community farm she created in her neighborhood to build community around growing and eating good food.